Cycling in New Zealand
using AMBER HOUSE - at the centre!™ [a Bed and Breakfast Guest House (B&B) in Nelson's city centre and right at the geographical centre of NZ] as a base.

Our name should give you a clue: AMBER HOUSE - at the centre!™, an 1897 Guest House, is right at the very geographical centre of New Zealand and, just as importantly, has the best climate in NZ with the highest sunshine hours.

Our police district has the lowest crime rate in New Zealand and we have a garage that can keep safe and snug up to six touring cycles with full panniers. We also have a reasonable selection of Whitworth and metric spanners and other basic tools. As keen daily cyclists ourselves, we have footpumps and information on local routes and trails.

No less than THREE National Parks surround us and Tahunanui beach, 8 minutes ride away, is one of the finest beaches in the whole country and very popular with kite surfers. Nelson has a lively club and pub scene centred around Bridge Street.


After wasting hundreds of thousands of dollars in bringing three poorly attended world cup cricket matches to Nelson in the late summer of 2015, it's to be hoped that Nelson City Council wholeheartedly backs the proposed Fringed Hill gondola that will start from the Brook Waimarama Sanctuary. The proposal calls for a 1.6km long cable car system with a 620m vertical lift to the heart of a world-class mountain bike network including the Dun Mountain Trail, just 5km from the heart of the city of Nelson and Amber House.
An initial feasibility study shows great promise for the project which would result in the highest passenger lift in New Zealand and much higher than the one in Queenstown that's already so popuar with visitors.

The Dun Mountain Trail begins 8 minutes ride away from our front door and is one of the 18 "Great Rides" that compose Nga Haerenga, The New Zealand Cycle Trail. This is a national project to build a network of world class cycle trails.

The newly upgraded Dun Mountain Trail was opened on 12 November 2011 and is the third great ride to be finished. It's based on the line of New Zealand´s very first railway - used to transport a variety of minerals from the eastern slopes of the Beech Forest shrouded 1129m peak down to the waiting ships in Nelson's haven.

The 38km Dun Mountain Trail loops between Brook Valley and the Maitai Valley and is a grade 3 mountain bike ride.

From Amber House, turn left out of our front rose garden and take the very first turn left: Tasman Street. Follow Tasman Street southwards, over the Maitia River and past Queens Gardens on your right for three minutes until you come to a roundabout. At this roundabout, continue straight ahead for 200m and through a mini roundabout. After another 200m Tasman Street becomes Brook Street which you follow until you see the interpretation board on your left just past 135 Brook Street. This is the formal start of the Trail.

After the Christmas 2011 torrential downpours, there are still some slips across the lower part of trail so you might have to continue up Brook Street for another 1.6 km. Here a steep 4WD track climbs up to the Dun Mountain Trail at an intersection known locally as the Four Corners (also known as Cummings Spur Crossing). From there, turn right and follow the Dun Mountain Trail signposts to Third House.


The trail follows the original railway alignment through the Codgers Mountainbike Park and takes in pine forst and recently harvested land to reach native forest before reaching Bullock Spur. The alignment continues through regenerating forest to Cummings Spur Crossing and from here the trail climbs gradually through mature beech forest eventually reaching the site of Third House at 660m.

The trail continues to Junction Saddle when the old railway alignment joins the main ridge. Continuing past Junction Saddle, the trail climbs steadily through stunning beech forest all the way to the site of Fourth House. After Coads Creek is crossed you'll see a change in vegetation. It changes from mature forest to the stunted manuka and shrubland of the mineral belt. This infertile, distinctly-coloured landform is also found in Otago and in several places between St Arnaud and D'Urville Island. The single track takes you all the way from here to Coppermine Saddle at 878m for some great views of the Richmond Range and down to the Maitai Valley.

It´s then mostly downhill to the Maitai Dam. This cruisy, flowing, single track will put a big smile on your face and the landscape is amazing too. The lower section is steep as your descend into Scianders Creek then over the new Maitai River south branch bridge and on to the Maitai Dam. Along the track you'll find several well researched and beautifully presented interpretive panels that capture the human and natural history.


The route connects back to the start of the trail via the Maitai Valley Road, however a further section of new trail will be added soon which runs alongside the Nelson water pipeline and down a cruisy downhill to come out at Smith Ford Bridge further down the Valley.

From Smiths Ford the route to continues on the road to the Maitai Motor Camp, then it's either a road ride back to Nelson via the Maitai Valley Road or follow the Maitai Valley Walkway down to Nile Street, turning right into Alton Street and the Botanic Reserve and Milton Street then takes you back to Amber House.

Why do drivers in New Zealand kill so many cyclists and pedestrians? 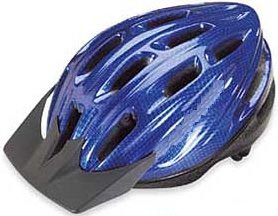 At first glance, drivers in New Zealand don't seem so homicidal as the obvious incompetent killers in Nigeria or Afghanistan or the rude and selfish drivers of Paris. But don't let the courteous and patient way that most drivers in New Zealand treat waiting pedestrians at Zebra crossings fool you. The kill and serious injury rate in NZ is several times that in more cycle friendly countries like the Netherlands!

Unlike most of the drivers, New Zealand roads are of a reasonable quality, but with no clues as to the severity of bends provided by centre line spacing. New Zealand drivers typically follow much too closely and stupidly regard the open road speed limit of 100km/h as a target rather than exercise their own judgement.

Police very rarely ticket inconsiderate and dangerous drivers or those that do not afford cyclists and horses the two clear metres of space they need, concentrating instead in a monomaniacal way on enforcing arbitrary speed limits and the counterproductive cycle helmet rules.

Considering the beautiful scenery, the many places of interest along the way and the number of drunken and incompetent drivers on the roads that consider overtaking to be either a spasm manoeuvre or a calculated insult to the passed road user's manhood, you may find that you take much more time than you had planned for.
Please take your time and keep to the left.
You should also be aware that this stupidly unique Kiwi priority rule that meant you were only a blown indicator bulb away from a collision for more than 20 years was only abolished relatively recently at 05:00hrs on Sunday, 25 March 2012

Text in italics below is taken from "Welcome to London Bed & Breakfast".
(The principal at that organisation is Tim Darbey who has been involved in the Bed & Breakfast field for over 15 years and has visited 1000's of B&B's in Europe and the U.S. As the owner of several B&B's, he estimates that he has inspected or photographed a combined total of more than 10,000 bedrooms, bathrooms, lounges and dining rooms!)
Text not in italics is our comment in relation to Amber House:

"...To make your stay as comfortable as possible, you should consider some of the differences between expensive full service hotels and private family homes that offer B&B in the original European style... Bed & Breakfasts are not the same as in the U.S., where B&Bs have become increasingly associated with the country inn type of accommodation, with housekeepers, staff and often with an in-house restaurant. In the U.K.these are known as country house hotels. The European B&B residences are private family homes, often older properties, sometimes several hundred years old, and consequently may have smaller rooms than you are used to at home or in modern hotels..."

Built in 1897, Amber House is pretty young by European standards but is definitely one of the older homes in Nelson which is, itself, the oldest city in the South Island (or Mainland) of New Zealand.

However, none of our rooms are tiny, with ceilings more than eleven feet high downstairs and the Balcony Suite measures more than 468 square feet in area.

It is our family that will look after you (with some help at busier periods).

"...Other features you should not expect are air conditioning or elevators unless they are specifically mentioned. You will find that our top-rated homes have attached "en-suite" bathrooms, however at a number of homes the private bathrooms may be adjacent to the bedrooms or a few steps away along the hall..."

Our Blue, Gold and Rose Rooms, together with the Balcony Suite are air-conditioned with reverse cycle heat pumps.
All of our accommodations have en suite showers and wash hand basins.
All our bedrooms also have double glazing (with argon gas filling the 16mm gap and a molecular coating of gold to further reduce heat transmission) for extra sound proofing and to further reduce our carbon footprint.

We have no elevators (or "lifts", as we say in New Zealand) but the strongest family member will carry your bags upstairs if you are in the Balcony Suite, Blue or Gold Rooms.

"...An obvious but often overlooked difference between hotels and staying at private family homes, is that of service; there is no desk clerk on duty to await your arrival, so it is vital that the family knows what time to expect you, as they have daily family business to attend to. The worst possible way to start your visit is to arrive unexpectedly and find no-one at home to greet you...."
Now you know why we ask you for your anticipated arrival time together with your mobile or cellular 'phone number. If we have those details, if our plans or yours suddenly change we can then communicate. There are many areas of poor cellular reception in New Zealand but SMS or text messages can often get through where voice calls will fail - it only takes a few seconds of coverage as you crest a pass or hilltop for our text to reach you. Additionally - and unlike receiving voice calls - when travelling overseas, you will not usually be charged roaming charges for receiving a text message from us or anyone else. Please be aware, though, that you should not just hit the "reply" button as our SMS text messages are sent from a bulk service provider in Ireland. Please instead manually reply to the phone number listed in the message you receive from us!

We would prefer to welcome you and show you round personally but, if your arrival time is unpredictable, we can send you a keycode so you're independent of our movements.

AMBER HOUSE - at the centre!™