B and B in Nelson. (Bed and Breakfast or B & B) accommodation in Nelson, New Zealand: budget tourist lodging guest house with BB plan accommodations

Bed and Breakfast accommodation in the City of Nelson, New Zealand? Or, indeed, bed & breakfast tourist lodgings, or even a BB guest house. Look no further for stylish and luxurious "bed and breakfast accommodations in the downtown or central City of Nelson, NZ" or, since the word order is irrelevant, "cooked great british breakfast bed acomodation Zeland new NeSlon" or "cheap accomadation neslon nz". So, mentioning the words brekfast and bed in close proximity to words like nelson and zealand and new (or even zeland or NZ or N Zealand or zeeland and other misspellings or typos like brekfas) to see if we could not rank just a little higher for bed and breakfast like terms in the search engines. Please forgive the temporary intrusion of all these occurrences of BB in close proximity to lodging, budget together with cheap, heritage guest houses where there are beds and breakfast served with air-con or air conditioning or sometimes aircon cheaply to match your budget homestay in nelson at the top of the South Island of new zealand...
AMBER HOUSE
- at the centre!™

AMBER HOUSE - at the centre!™
is located close to the centre of both the city of Nelson and New Zealand

Where is the centre of Nelson?

The 1906 Clock tower in the City Chambers at the corner of Trafalgar and Halifax Streets. 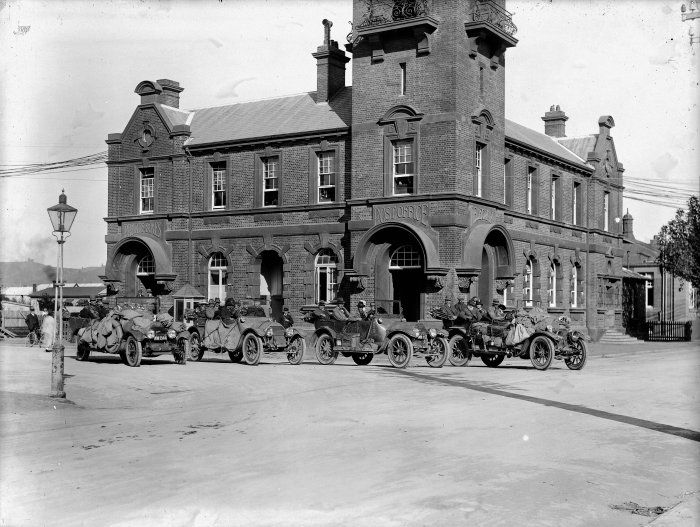 Since the start of this century, Transit NZ has been the authorizing body for signage on all State Highways in New Zealand. For all other roads, other than state highways the approving authority is currently the Territorial Local Council (City or District Council).

However, for nearly a hundred years before that it was the AA (Automobile Association) that erected road signs and measured distances between towns. The Nelson Automobile Association was the second founded in New Zealand in 1903. In 1915 they began voluntarily marking routes and by 1922 there was a recognised need for someone to formally take on the role to improve signage and provide information on road conditions. Offering his services free of charge Roy Champtaloup, undertook this service and by May 1923 he had erected 70 signs and danger boards. In 1925 Mr Champtaloup drew the first official AA road map by hand, and shortly afterwards was appointed the Touring Manager. Soon map making became far more sophisticated and, for a time, both Auckland and Wellington associations had their own cartographic departments.

Before ribbon development along main roads blighted much of the North Island, most towns and cities were relatively compact and the Post Office (a Government Department from 1858 until 'corporatised' in 1987) was at the centre of most conurbations.

How natural then, that distances to and from most conurbations in New Zealand were initially measured from their respective main Post Offices. Even when the town's Post Office subsequently changed (as leases in the very centre of our major centres became prohibitively expensive) or even closed entirely (as a population dwindled) the historical position of a town or village's centre did not change.

The City of Nelson is no different. Since 1906 the central point in Nelson from which distances are measured was the principal Nelson Post Office at the junction of Trafalgar Street and what is now Halifax Street. (It was called Haven Road when a handsome new Post Office building was opened in March 1906 by the Postmaster General, Joseph Ward. A chiming clock was installed in the tower; half its cost, two hundred and ten pounds had been subscribed by residents of Nelson.) This much loved building was demolished as an earthquake risk in 1970 and an ugly, concrete, brutalist building erected in its place to house both the Nelson City Chambers and the Central Post Office. (The tower was modelled on a standard British pattern designed so that microwave communication equipment would better withstand a nuclear blast).

Just to the North and almost directly opposite Nelson's central clock in Civic House is very popular and spacious Elma Turner public library. Opposite and slightly East is the Millers Acre i-SITE and Department of Conservation information centre while to the South of DoC is the State Cinema which begins the main commercial stretch of Trafalgar Street, Nelson's main shopping axis.

Almost exactly one mile due East of the centre of Nelson is the "Centre of New Zealand".

As can be seen on the map below, Amber House is almost equidistant from both these centres.


Open a new tab or window to view Nelson City Centre and the "centre of New Zealand" in a larger map...

The "centre of New Zealand" 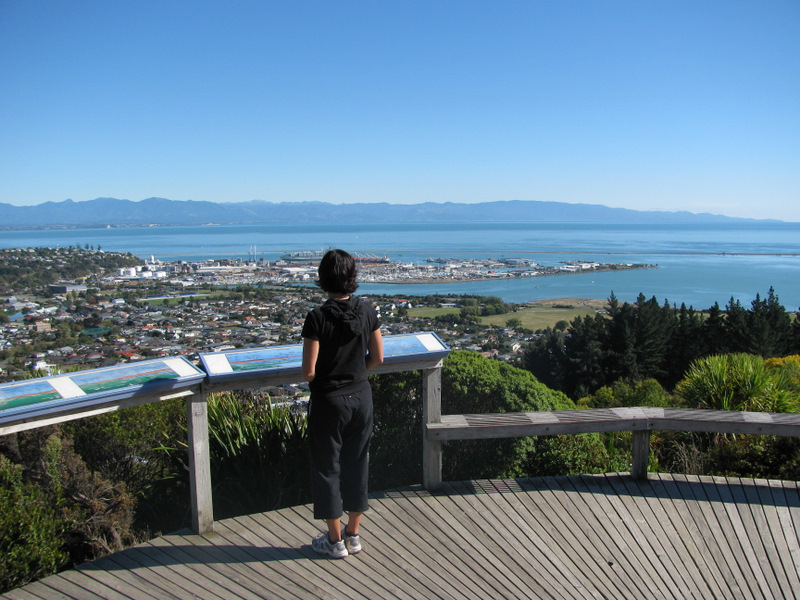 The white needle that points to the sky on Nelson's Botanical Hill marks the Centre of New Zealand.

The monument, 148 metres above the high water mark, was presented to Nelson in August 1968 to celebrate the 21st anniversary of Nelson Jaycees.

This is the point "zero, zero" from which the first trigonometrical surveys were started in the 1870's by John Spence Browning, the Chief Surveyor for Nelson. From this 360 degree viewpoint, the zero, zero points in neighbouring geodetic survey regions (including Wellington in the North Island) could be triangulated and a better survey of the whole of New Zealand constructed.

In 1962, the 'gravitational centre' (including Stewart Island and some smaller islands in addition to the North and South Island, but excluding the Chathams) of New Zealand lay in a patch of unremarkable dense scrub in a forest in Spooners Range near Tapawera, 35 kilometres south-west of Nelson.

However, this gravitational (or centre of mass above mean sea level) centre will inexorably move North-East as both mean sea level around New Zealand rises due to global warming and due to tectonic events such as the recent earthquake in Christchurch.

AMBER HOUSE - at the centre!™